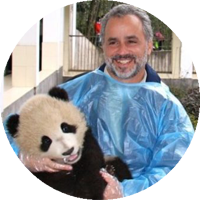 Tom DeLiberto, D.V.M., M.S., Ph.D., President
Dr. DeLiberto holds a B.S. in Wildlife Biology from Colorado State University, a M.S. in Wildlife Management from Texas Tech University, a Ph.D. in Range Science and Management from Utah State University, and a D.V.M. from Washington State University. Tom began working for USDA/APHIS Wildlife Services in 1997 at the National Wildlife Research Center’s Predation Ecology and Behavior Field Station in Logan, UT. He later led research on wildlife rabies and bovine tuberculosis. In 2003, he became the National Wildlife Disease Coordinator for Wildlife Services and was responsible for developing and implementing the National Wildlife Disease Surveillance and Emergency Response System. Tom currently serves as Assistant Director for the National Wildlife Research Center in Fort Collins, CO. He serves on the Interagency Steering Committee for Surveillance for Avian Influenza in Wild Birds, the White-nose Syndrome Steering and Executive Committees, the National Biosurveillance Working Group, the Foreign Animal Disease Threats Wildlife Task Force, and as the U.S. Head of Delegation for the Agreement on International Humane Trapping Standards. He serves on numerous committees for the Association of Fish and Wildlife Agencies and the United States Animal Health Association. Dr. DeLiberto can be contacted at tjdeliberto@aawv.net. 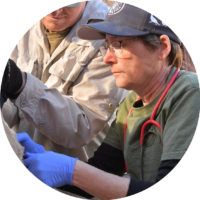 Anne Justice-Allen, D.V.M., M.S., Vice President
Dr. Justice-Allen is the Supervisor of the Wildlife Health Program and the Wildlife Veterinarian for the Arizona Game and Fish Department.  She completed her veterinary degree at the University of California, Davis and Master of Science program at Utah State University.  Her research on Mycoplasma spp. included molecular detection methods for tissues and milk, environmental survival, and disease ecology. Anne has continued her work on infectious diseases at the Arizona Game and Fish Department with research projects on sylvatic plague, pigeon paramyxovirus 1, Mycoplasma pneumonia in desert bighorn sheep, and wildlife mortality investigations. In addition, she directs animal care during wildlife captures, provides veterinary treatment, assesses the health of wildlife populations, and participates in endangered species reintroduction projects. Dr. Justice-Allen can be contacted at ajustice-allen@aawv.net. 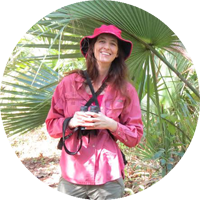 Lisa Shender, D.V.M., M.S., Ph.D., Secretary
When Dr. Shender first applied to veterinary school, her intent was to begin in the fall after graduating with her B.S. in Biology from the University of California, Davis (UCD). Her first attempt resulted in rejection with a veterinary program counselor advising her that “wanting to be a wildlife veterinarian is trendy” and that her application didn’t demonstrate the experience to back up her desire. Taking this in stride, Lisa took Route B and enrolled in a master’s degree program in Wildlife Sciences at Humboldt State University (HSU). During school, she obtained a fellowship from the Welder Wildlife Foundation to study parasitology of feral pigs in Texas. After graduating from HSU and a couple of stints studying sea turtles in Panama, Lisa matriculated into the 2004 UCD class of Veterinary Medicine. Following graduation, she worked for the Arizona Game & Fish Department for four years as the Wildlife Health Specialist. Eventually, she realized that without additional analytical skills, it would be difficult for her to evaluate wildlife health and disease trends. So back to UCD she went, this time to earn a doctorate in Wildlife Epidemiology. A 3-year grant from the Foreign Animal Zoonotic Disease Defense Center facilitated Lisa’s research on leishmaniasis in Peru. The second part of her doctoral research focused on Trypanosoma cruzi (causative agent of Chagas disease) in rodents and vectors in California. Since completing her Ph.D., Lisa has finally settled in Florida, where she works for the Florida Fish & Wildlife Conservation Commission.  Dr. Shender can be contacted at lshender@aawv.net. 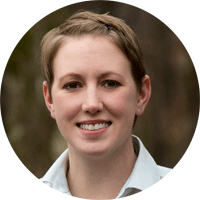 Jenn Ballard, D.V.M., Ph.D., Treasurer
Dr. Ballard has been involved with the American Association of Wildlife Veterinarians since 2008. She studied Wildlife Management at Arkansas Tech University before attending veterinary school at the University of Missouri. Following veterinary school, Jenn worked as a diagnostician at the Southeastern Cooperative Wildlife Disease Study while earning a Ph.D. in Veterinary & Biomedical Science studying Wellfleet Bay virus in the common eider. Jenn then spent two years with the US Fish and Wildlife Service as a veterinarian for the National Wildlife Refuge System before becoming State Wildlife Veterinarian with the Arkansas Game & Fish Commission. Jenn lives with her husband, son, and two dogs outside of Little Rock, Arkansas. Dr. Ballard can be contacted at jballard@aawv.net. 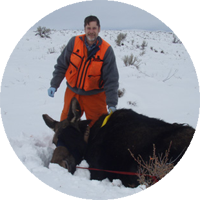 Mark Drew, D.V.M., M.S., Dipl. A.C.Z.M., Past President
Dr. Drew earned his B.S. in Wildlife Biology from the University of Wisconsin-Stevens Point in 1981, his M.S. in Zoology & Animal Biology from the University of Alberta in 1984, and his D.V.M. from the University of Minnesota College of Veterinary Medicine in 1987. He has been a diplomat of the American College of Zoological Medicine (ACZM) since 1992. Mark has held numerous positions with AAWV over the past 25 years (Advisory Council: 1992-1995, 2000-2007; Treasurer: 2007-2014; Chairman, Ad Hoc Committee for Feral Cats: 1994-1996; Ad Hoc Committee for Review of AVMA Euthanasia Guidelines: 1998-2000, 2011-2013), as well as multiple positions with the Wildlife Disease Association (Ad Hoc Committee on Post-Graduate Education: 1983-1984; Chairman, Student Activities Committee: 1990-1993; Chairman, Ad Hoc Committee on Feral Cat Position Paper: 2002-2004; Chairman, Public Awareness Committee: 2004-2007; Chairman, Information Committee: 2007-2009). Mark currently serves as Wildlife Veterinarian  for the Idaho Department of Fish & Game, a position he has held since 1999. His previous professional experiences include appointments as a Clinical Instructor at the UC Davis School of Veterinary Medicine, Wildlife Veterinarian with the California Department of Fish & Wildlife, and Associate Professor in Zoological Medicine at Texas A&M University. Dr. Drew can be contacted at mdrew@aawv.net.