The meeting literally started off with a bang, and the fireworks punctuated several of the presentations throughout the conference – the city was celebrating one of several Saint’s days. After the opening ceremony by outgoing president Marcie Uhart, we were welcomed to San Cristóbal by Gerardo Suzán, from Kalaan-Kab and the Latin American Section of the WDA, our gracious host for the meeting.

This year’s student presentations were even more exceptional than usual and the judges had a very difficult time choosing the winners for travel grants and scholarship awards. The AAWV Scholarship award was presented to Jenny Bloodgood for her Ph.D. thesis work on the effect of diet on the gastrointestinal microbiome of rehabilitating green sea turtles. Her work will undoubtedly change the way recovering green sea turtles are managed in captivity and will likely improve their survival upon release.

The Tom Thorne and Beth Williams Memorial Award is given jointly by the AAWV and WDA to individuals or groups who have made extraordinary contributions or achievements in wildlife disease research which resulted in either implementation of or change to wildlife management policy or who substantively increased our understanding of a particularly significant problem in wildlife health. In the past 10 years, one disease has caused dramatic changes to an ecologically significant taxonomic group. The appearance of White-nose syndrome in the eastern United States led to unprecedented declines in several species of cave-hibernating bats. Carol Meteyer and David Blehert working together at the US Geological Survey – National Wildlife Health Center in Madison, Wisconsin, worked relentlessly to identify the fungal agent responsible for the disease, satisfying Koch’s postulates, defining the pathologic criteria for diagnosing this unique invasive dermal mycosis, and leading and contributing to studies that would elucidate the pathogenic processes of infection with Pseudogymnoascus destructans. Carol and David received the prestigious Tom and Beth Award in recognition of their contributions in our understanding of this devastating disease. 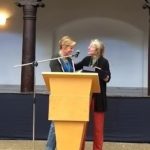 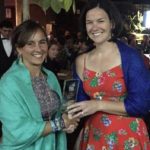 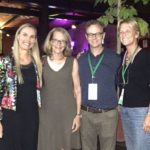